Mrs. Claus on the Farm- A Barnyard Christmas Freebie

No Christmas on the farm would be complete without Mrs. Claus. 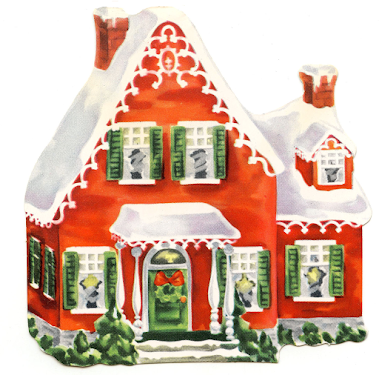 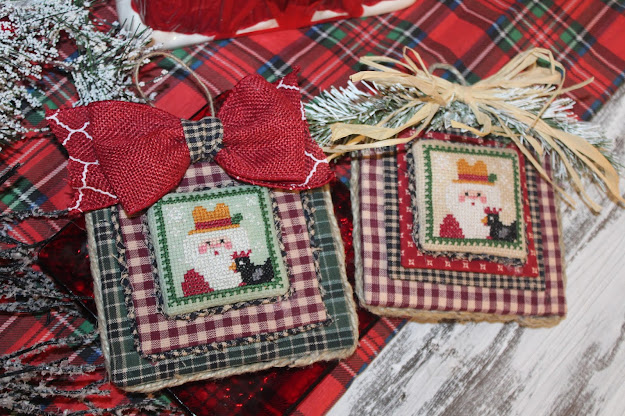 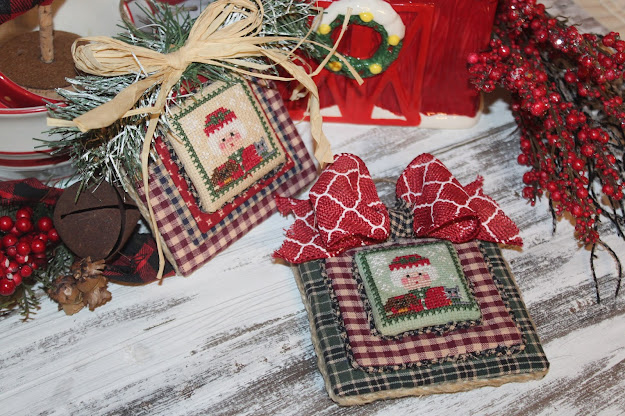 Well Mrs. Claus has her farmyard friends, Dickens and Belle,  by her side too. Actually the pup and cat were modeled after my long passed pets, Molly the dog and Kat , but it would be fun for you to personalize them by using the colors of your own pets. If I  had not been modeling the pets after our own, I would have probably chosen different colors for the cat and dog. 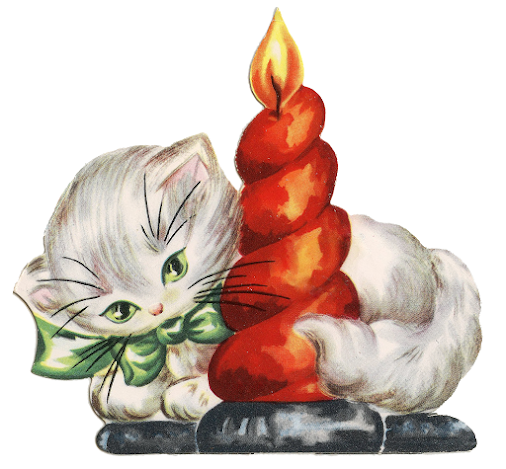 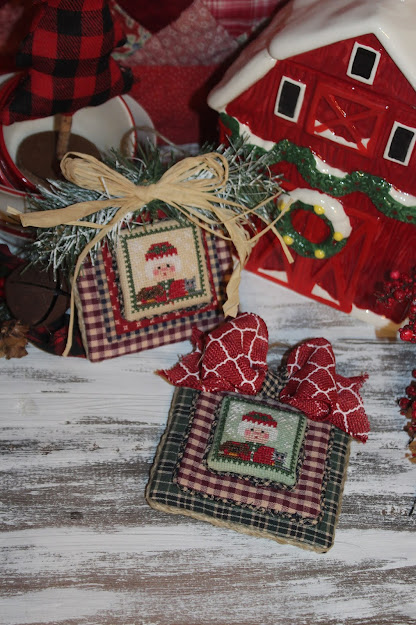 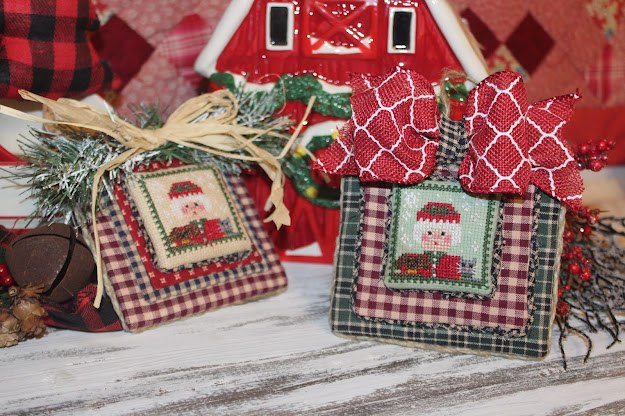 I stitched 2 of these ornaments in a day- so they are quick stitches. 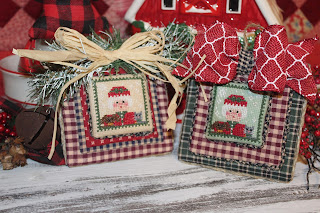 One is stitched on coffee/tea dyed aida and the other on Rit Emerald Green dyed fabric. 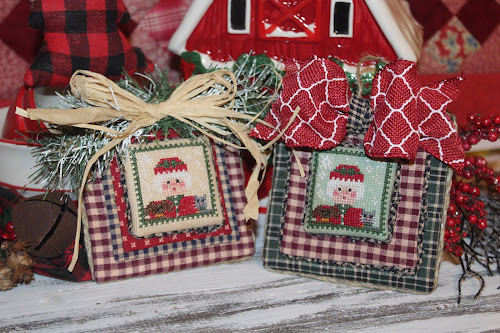 Both ornaments are finished on homespun covered foam and mat board. The raffia and jute cording came from the Dollar Tree. I also twisted homespun into cording to embellish the edges.  The pretty red ribbon is from the Dollar General. 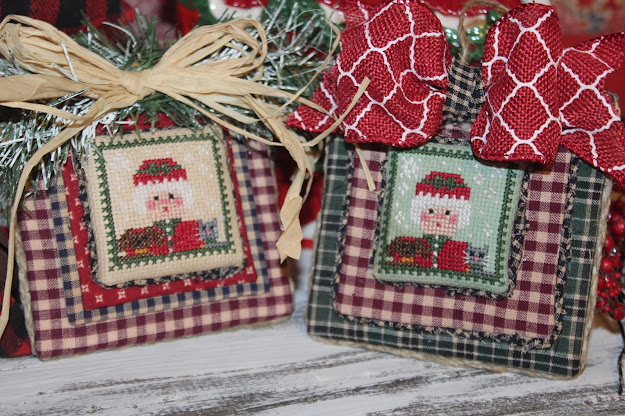 If you are interested in adding Mrs. Claus to your Christmas stitching , check out the pdf's below. 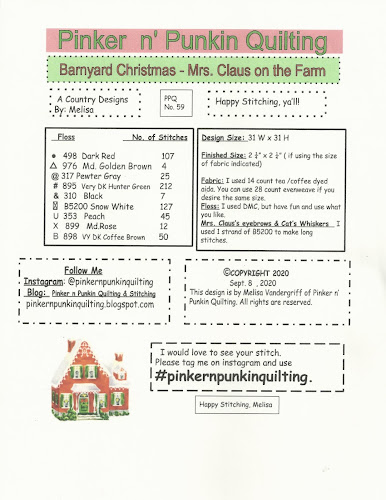 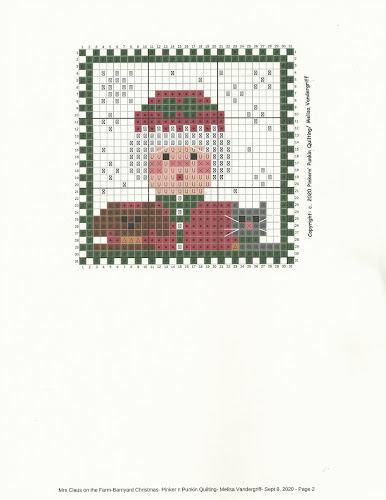 For the black and white pdf chart,  click  here  . 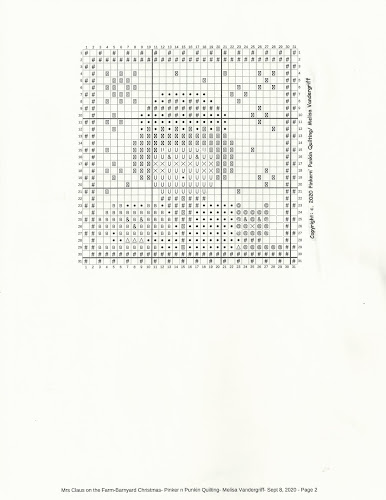 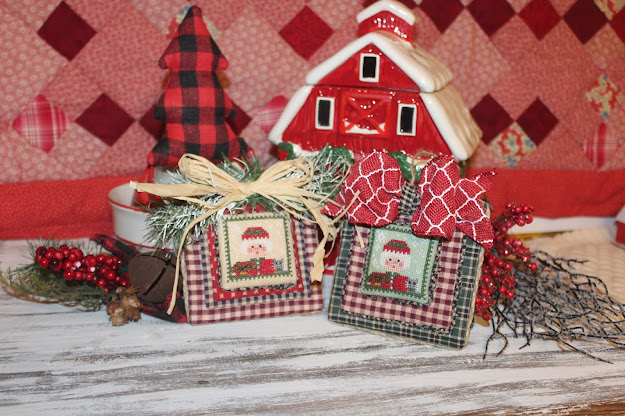 Did you know that there have been several ornaments that I have designed in this series? I am designing these for my 2020 Christmas tree which will be in the farm theme. I have posted the instructions for those designs here on my blog. If you are interested, you can check out those posts by clicking on the name of  each design. They are Chicken Sled,  Santa's Ride ,  Special Delivery , Christmas Barn, Christmas Bucket, Christmas Tractor , and  Santa on the Farm . I had originally planned on 12 ornaments , but I am going to plug away on them as long as I am inspired.  Since I know that I have got at least 5 more ornament designs to do, I have been stitching the borders up for each ornament and later putting in the designs. This makes it even quicker once I have the design charted out.  I usually take this project  with me as a car trip stitch. It is easy because I have the border memorized and there is only one floss color. 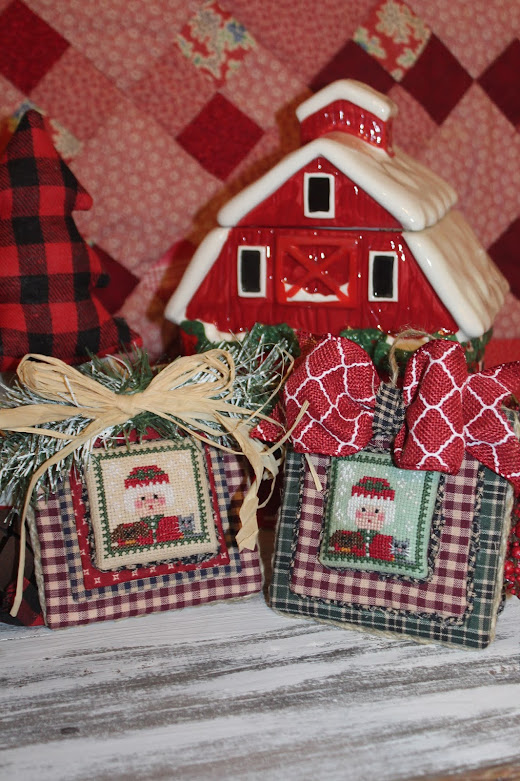 I thought I would leave you with some interesting Mrs. Santa Claus Facts that I learned.

1. Mrs. Claus is a fairly new addition to the story of Santa Claus. Mrs. Claus was first mentioned in a short publication called A Christmas Legend  by James Rees in 1849. She was not mentioned by name until 1851 though.

2. In the 20th century Mrs. Claus's character grew and she began to have some of her own adventures  such as in 1923 The Great Adventure of Mrs. Santa  Claus  and the 1960's book How Mrs. Santa Claus Saved Christmas.

3 . In the 1970 stop animated film Santa Claus is Comin to Town, we were introduced to Jessica a school teacher who later became Mrs. Claus. This was always a childhood favorite for me.

Ya'll have a wonderful week and as always... 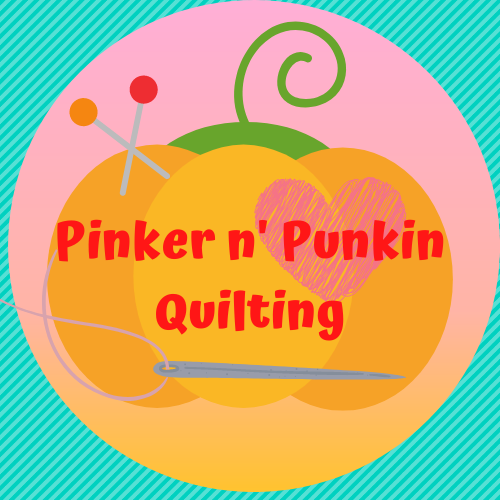 Melisa- pinkernpunkinquilting
Welcome to my blog where I share my love of quilting, cross stitch, crafting, thrifting, decorating and so much more.